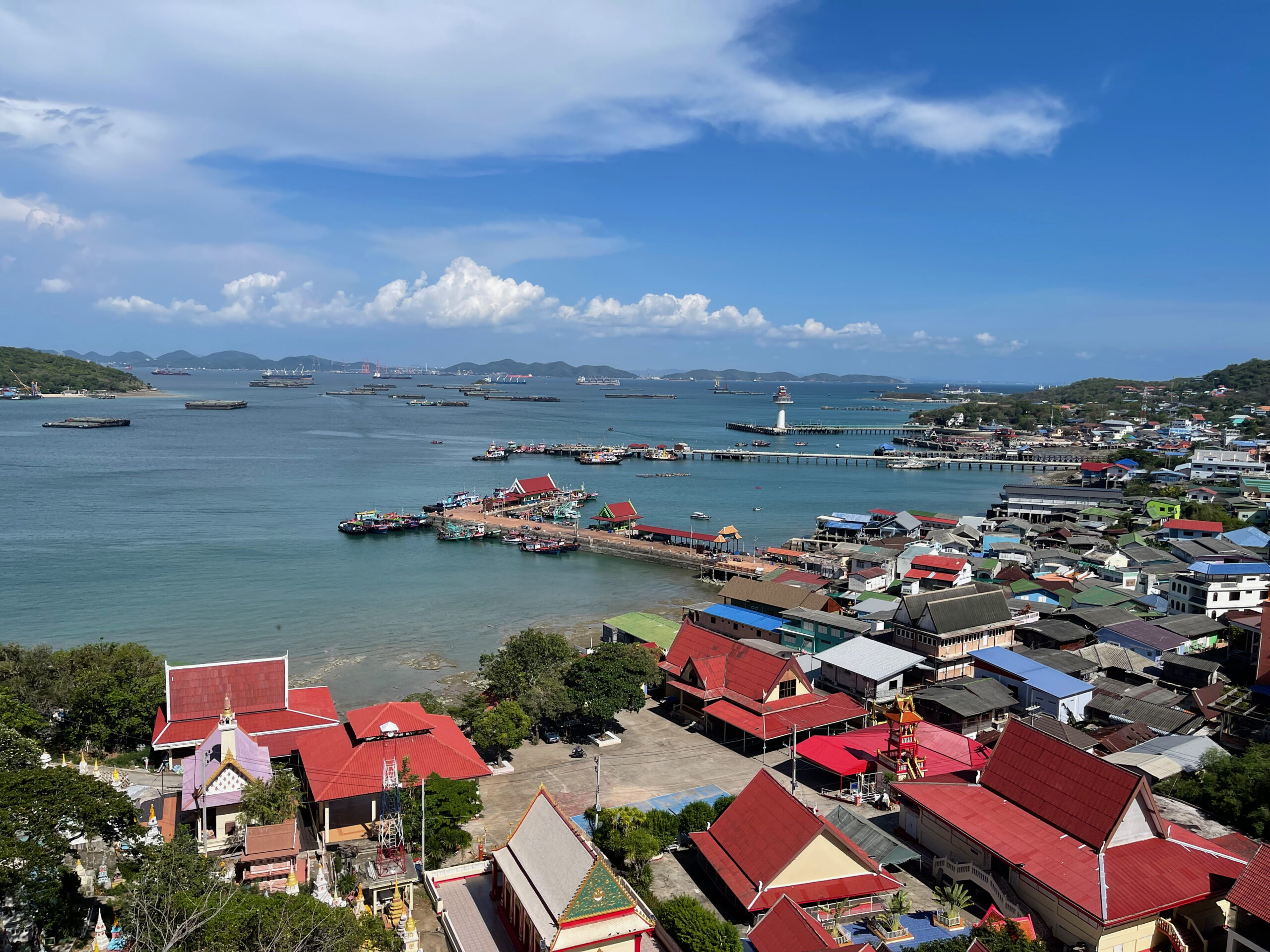 [Automatic translation by google translator] Yes, yes. Today, me and Noi Interior Designer. It will take you to the island for half a day. At Koh Si Chang, we travel without any plans. Just search Google Map from Bangsaen and drive to Koh Loi Temple, Sriracha District.
“Sri Maharaja Songkran Festival”
When parking at the surrounding parking lot Koh Loi Temple and then we continue walking to the Koh Loi tourist jetty. Anyone can drive here, but it’s difficult to find a parking space. especially during the holidays
Then we rented a motorbike for 250 baht as a one day rental. to drive around the island. When our stomachs were full we figured out, Where to start on the island In conclusion, starting from “Khao Yai Godfather”

I would like to share the history of “Chao Poh Khao Yai Shrine” as follows. “Chao Poh Khao Yai Shrine” is a natural stone figure. From an ancient Chinese inscription, Mr. Unseng Seng Ung, a Chinese Hainan islander It is inscribed in old teak around c. 1883 year. Year 1883, now it is kept at Chao Por Khao Yai Shrine, Koh Sichang. An elderly clerk who served as a Chinese clerk during the Mid-Autumn Festival translated the inscription: While coming to anchor the boat in front of Koh Sichang, saw the light on the mountain, so climbed up to see. Found a stalactite that looks like a person’s head according to Chinese texts, a picture of Chao Poh Khao Yai that occurs naturally. in a cave on a hill in the middle of the sea and facing east there is water in front As the ancient Chinese believed that It is a wonderful holy thing. Especially the Chinese who sailed there would be very respectful. Every year during the Chinese New Year, Chinese people from all over come to pay their respects. with the belief that If you come to pay homage for 3 years in a row, you will achieve your wish.

Kuan Im Shrine Wat Juthathit Thammasatpharam Worawihan, which is believed to Anyone who is disappointed in love or wants love to be fulfilled must come here.

Asdang Bridge is located on the east side of Phra Chutathuj Ratchathan Palace. It is considered an important historical site outside Phra Jutadhuj Palace. It is a bridge that can be connected from Atsadang Road.
Atsadang Bridge It is another landmark that everyone who goes to Koh Sichang. Do not miss to visit the beauty of this ancient site. by Asadang Bridge The bridge that stretches into the middle of the sea with a distinctive architectural identity Therefore, it is the most beautiful photo spot of Koh Sichang.

Then come together at “Wooden house by the Sea”. This building was built in the reign of King Rama V. It is believed that it was originally a vacation home for foreigners. and has been renovated as the royal residence of the royal family when he comes to heal him